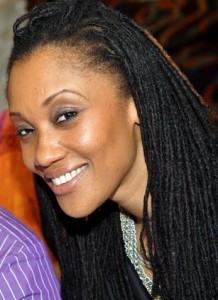 Charneice Fox Richardson is an award winning screenwriter, playwright, published poet and director of film and theater. She is co-founder and Creative Director of the multi-media organization, Straight, No Chaser Productions (SNC), whose mission is to create thought provoking media with youth. Her work has been featured on CNN, BBC, NBC, NPR, CBS and BET. In 2008 SNC was a finalist for the "Outstanding Emerging Artist" DC Mayor's Arts Award held at the Kennedy Center. Fox-Richardson is the creator and co-director of the highly anticipated documentary “The MLK Streets Project". In 2010, she directed Ntzoke Shange's classic"For Colored Girls…” for the inaugural D.C. Black Theatre Festival to rave reviews. That same year, Charneice wrote and directed “Rose Bushes and Machetes” which won “Best Ensemble” in the Maryland Academy of Community Theater One Act Competition. “Rose Bushes” will be produced in a one-act festival off Broadway in August 2012.