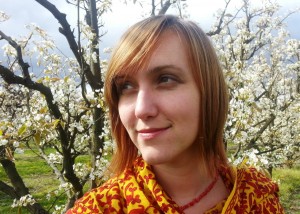 Cesia Kearns is a Senior Campaign Representative for the Sierra Club's National Beyond Coal Campaign, leading the Sierra Club's team in the Northwest to stop coal exports and transition to clean energy. She is the acting director of the Power Past Coal coalition where she works with a core executive committee of a dozen groups to guide the efforts of over 80 grassroots organizations to partner with other allies committed to fighting the threat of coal exports from the mine to the plant, and every community and port along the way. Cesia started with the Sierra Club as a community organizer in Minnesota on the 2004 Environmental Voter Education Campaign. She spent the next five years organizing to advance regional clean energy solutions focused on ending the "Midwest Coal Rush", including victories such as a state mercury emissions reduction standard, renewable electricity standard, global warming solutions goals, and stopping the expansion of the Big Stone II coal plant. She came to Oregon in 2009 to help launch the Coal Free Northwest campaign, resulting in the successful retirement of Oregon's last coal-fired power plant. Prior to the Sierra Club, Cesia was a state youth coordinator with Amnesty International, and served as a fellow with the Kessel Peace Institute. When she is not campaigning on clean energy or social justice issues, Cesia enjoys outdoor adventures, traveling, tango dancing, and reveling in the arts.