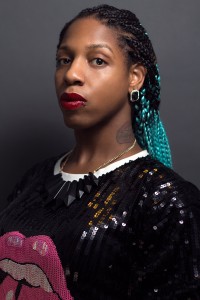 CeCe McDonald is young and passionate transgender activist. In 2011, CeCe McDonald was studying fashion design at Minneapolis Community and Technical College while walking to a grocery store, she and her friends were attacked by a group of white people shouting racist and transphobic slurs. After fatally stabbing one of her attackers, she was unjustly imprisoned for 19 months. Throughout her time in prison, CeCe openly discussed issues around mass incarceration and its intersections with transphobia, homophobia and class. Now, CeCe McDonald brings her creative and energetic personality to stages all over the country. She uses storytelling to articulate the personal and political implications of her time in prison and ways to heal. She fosters conversations and discussions around the intersections of trans identity including but not limited to prison abolition, homelessness, and love. CeCe has given talks from college campuses to Wall Streetand is highly sought after for her raw and honest dialogue.