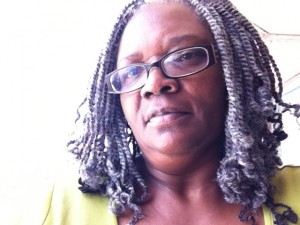 In 1980 Catherine began her career at the City of Detroit, assigned to the Detroit Water and Sewerage Department. It was then that she became a member of the American Federation of State, County and Municipal Employees (AFSCME) Union, Local 2920. After less than four months on the job, AFSCME went on Strike against the City of Detroit and Catherine was on the Picket Line every day. Bitten by the “Union Bug,” Catherine entered the Wayne State University Labor School and received a Certificate in Labor Studies. As a member of Local 2920, Catherine served in several capacities; Alternate Steward, Chief Steward, Water Unit Secretary, Recording Secretary, President of Local 2920 and Michigan AFSCME Council 25 Executive Board Member. In 2002, Catherine accepted a position with Council 25 as an Organizer. Four months later Catherine was promoted to Staff Representative and continues to serve in that position today. As a Staff Representative, Catherine has serviced AFSCME members in Oakland and Macomb Counties, and the City of Detroit. In 1994, Catherine was called to the Ministry and ordained by Pastor Miriam E. Phillips of El Shaddai Christian Ministries, as an Evangelist. Catherine’s strong Spiritual belief sustains her and ministers to others in her current position at AFSCME. “All that we are suffering through in the City of Detroit and Michigan, is nothing more and nothing less, than Spiritual Warfare and we must treat it as such. We must STAND against the evil that has infiltrated our City and State. We cannot be afraid to speak Truth to Power, because fear does not come from God but, rather Love, Power and a Sound Mind!”