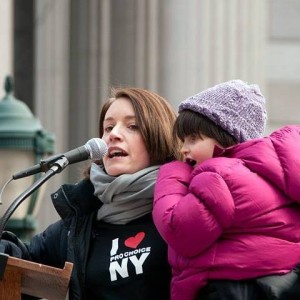 Mary Alice Carter (she/her) has nearly three decades of experience in reproductive rights and health movements, designing and managing effective earned and paid media campaigns and serving as a national spokesperson, appearing on TV from MSNBC to Fox News and in print from CNN.com to The Washington Post. She is currently Vice President at ConwayStrategic, a boutique public relations firm using innovative communication strategies to change policy, mobilize the public, and transform culture for progressive causes. Clients include Equity Forward, a watchdog project that runs research-driven campaigns to hold anti-reproductive health forces accountable where she served as founding director. Mary Alice previously served as the vice president for communications at Planned Parenthood Federation of America. She has also worked for Physicians for Reproductive Health, the National Institute for Reproductive Health and NARAL Pro-Choice New York. Originally from Pittsburgh, with a stint along the way in Colorado, Mary Alice now lives in New Jersey with her fiancee, Marcy, two teenage kids and two dogs and a cat.