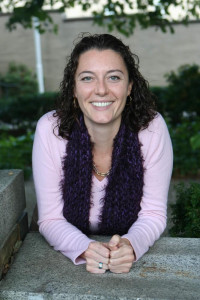 Carmen López is the State Innovation Exchange’s Senior Democracy Director and an organizer at heart. She is deeply committed to creating a world in which all people thrive and reach their potential and believes the path toward creating a more equitable and just society requires a thriving, participatory, resilient democracy. Over the past 25 years, Carmen has worked to engage people in democratic political reform. She organized to improve access to voting and elections so that all voices can be heard, to implement ranked choice voting to ensure that every vote counts, to expand public financing so that locals can run for office with the support of their community rather than relying on donors, to build community journalism to tell local stories that lead to policy change, and to elect more progressive women. She previously served as the Democracy Policy Officer at the Thornburg Foundation, the Deputy Cabinet Secretary at the New Mexico Higher Education Department, the Data and Policy Director at America Votes-NM, and worked for USPIRG, the U.S. Congress and the federal government. Carmen earned a Master of Public Policy from Harvard’s Kennedy School of Government and a BA in Political Science and Women’s Studies from Mount Holyoke College. Her thesis was entitled, “Wealth, Influence and Democracy: An Analysis of Campaign Financing in the United States.” Carmen is a tenth generation New Mexican who resides in Santa Fe, New Mexico with her partner.