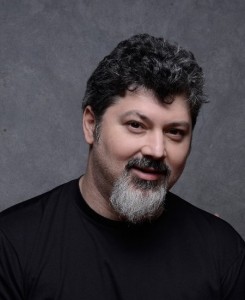 Carl Deal is the director and producer of CITIZEN KOCH, along with his collaborator Tia Lessin. The documentary film premiered in US Competition at the 2013 Sundance Film Festival. The filmmaking duo received Academy Award nominations for their previous collaboration, TROUBLE THE WATER, which was named one of the top ten documentaries of they year by The New Yorker, Salon.com, Entertainment Weekly, Los Angeles Times and New York magazine, and was recognized by the PUMA/Britdoc Foundation.as one of the five films that had the greatest impact in the world in 2009. Carl has contributed to many other documentary films, and is a longtime collaborator of Michael Moore. Previously, he worked as an international news producer and a writer, reporting from natural disasters and conflict zones throughout the U.S., Latin America, and in Iraq. He has an MS in journalism from Columbia University in New York.