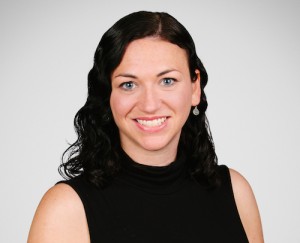 Caitlin Mitchell is the Chief Mobilization Officer at the Democratic National Committee, where she oversees the party’s digital organizing, small-dollar fundraising, and supporter engagement. She most recently served as Vice President, Digital at EMILY’s List, where she oversaw online fundraising, messaging, and community development. During her tenure she lead the digital team to a record-breaking cycle, exceeding fundraising projections by 35%. She also developed the Women Can Stop Trump campaign, a supporter-driven effort to highlight Donald Trump’s record on women that reached more than 67 million people organically. Prior to EMILY’s List, Caitlin served as the Deputy Digital Director for the Democratic National Committee, where she managed the team's rapid response program during the 2014 cycle. Before moving to Washington, D.C., Caitlin served as Email Director for Organizing for Action in Chicago, raising $18 million online from more than 400,000 donors and activating more than four million supporters in their first year. Prior to that, Caitlin served as an Email Writer on the 2012 Obama campaign, helping raise a record-setting $690 million online.