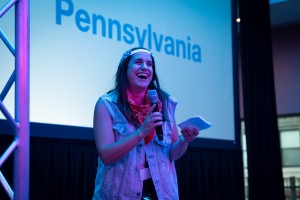 Hannah Bristol knocked her first door when she was a freshman in high school because a cool senior told her to and has been hooked ever since. After working on the Obama campaign in New Hampshire, she ran her first campus program in the Granite State with NextGen for the 2016 primary. She then returned home to Virginia to be the Campus Director for the Hillary campaign in the general election. In 2017, she led NextGen's Virginia program, where they saw an 8% increase in youth turnout over 2013, and now works with NextGen's programs in NH, VA, NC, FL, NV, and AZ as a Deputy National Organizing Director. She is a true #youthvote believer.