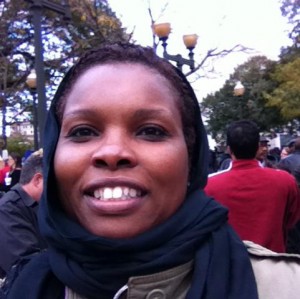 Born in Alabama and raised in New York and Detroit, Brenda used her degrees in biology and psychology to pursue a corporate career in medical industry. After her son Brandan was killed on April 9, 2009, Brenda walked away from her job. She hoped to find the murderers of her son, as well as justice and peace of mind. Brandan was 22 year-old computer engineering student at Wayne State University in Detroit when he, and his friend Melynda Goodwin were killed. Ruled as a carjacking by the police (though nothing was stolen from either victim), the murders remain unsolved after four years. Brenda is the mother of a daughter, grandmother of two and now describes herself as a “Community Actionist.” Brenda serves on the board and is a member of several community organizations, including Mothers of Murdered Children (MOMC). She is also the founder and chair of, "The Women's Delegation of Peace and Change."