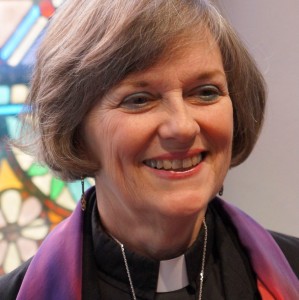 The Rev. Dr. Beverly Dale is an ordained Christian clergy in the Christian Church (Disciples of Christ) who has spent most of her thirty years of ministry helping people reconnect their spirits and their bodies and confronting sex-negativity in the church and culture. "Rev Bev" was an ecumenical campus minister at the University of Pennsylvania for over two decades where she became conversant with the issues and struggles for young adults both in the 'hook up culture' and the sexual minority communities. She is also an artist, writer and playwright producing and performing her one-woman show, "An Irreverent Journey from Eggbeaters to Vibrators" and is now completing her sexual & spiritual memoir, "Sex Without Apology, Becoming a Sex-Positive Person of Faith in a Sex-Negative Culture." As an activist and public theologian she is the founder of the Incarnation Institute for Sex & Faith that teaches an inclusive, science-based, sex-positive Christianity.