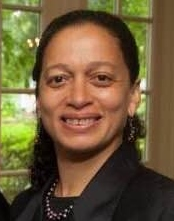 Beverly Brown Ruggia is the Financial Justice Organizer for New Jersey Citizen Action (NJCA) where she advocates for the Community Reinvestment Act, fair housing, and access to financial services, including credit and savings, and mortgage finance. She advocates for regulatory reforms and policies, which seek to end unfair, deceptive, and abusive practices in banking, mortgage servicing, foreclosure, and in all forms of lending and finanance. Most recently, Beverly led NJCA’s successful campaign to divest millions of state pension dollars from a payday lending company, and ultimately, to block an additional $150 million investment in the same equity firm that owned the payday company. She leads a debt table and consumer protection coalition of twenty-five state organizations working to combat student debt, medical debt, and all forms of predatory lending. Beverly is an active member of the multi-state anti-payday lending coalition, “Paydayfreelandia,” which advocates for a strong Consumer Financial Protection Bureau payday loan rule on behalf of states where high interest rate loans are not permitted. The Paydayfreelandia coalition has been vocal about the potential dangers of fintech with regard to undermining state consumer finance protections. Beverly has testified before the New Jersey State Legislature as well as before various county and municipal officials in the state. She has been a presenter and speaker at events held by the Center for Responsible Lending, the Consumer Federation of America, Peoples Actions, and Americans for Financial Reform. She has published editorials in the Star Ledger, Daily Record, Asbury Park Press, and the American Banker.