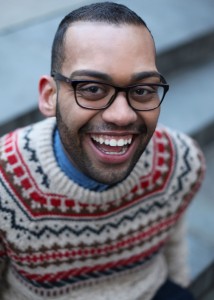 At just 21 years old, Benjamin O'Keefe is already taking the progressive world by storm as an accomplished speaker, writer, pundit, and activist. At just 18, Ben began a campaign against the clothing company Abercrombie & Fitch and their company's discriminating practices which helped to spark a global body positive movement. Ben has been featured on and seen in television shows and newspapers across the world including Good Morning America, BBC World News, Huffington Post Live, Forbes, The Guardian, The New York Times and many more. He has spoken to thousands of people in audiences across the United States and Canada, and is in the process of writing his first book, "Our Stories: A Voice for the Voiceless." Ben currently works as Social and Cultural Producer at MoveOn.org.