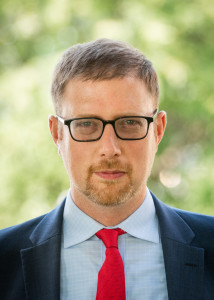 Ben Wikler was elected chair of the Democratic Party of Wisconsin in June of 2019. Now in his second term, he has led the party through an unbroken string of statewide victories, including Wisconsin’s defeat of Trump in 2020, and built the WisDems to a new level of success and recognition as a force for progressive change. Prior to serving as Chair, Wikler served as Washington DC Director and Senior Advisor for MoveOn, where he played a key leadership role in the successful battle to save the Affordable Care Act and Medicaid, as well as many of the other fights for economic, social, and racial justice of recent years. A lifelong activist, Wikler grew up in Madison, Wisconsin, where he first volunteered in politics at age eleven, stuffing envelopes for the Congressional campaign of his godmother, Ada Deer. In high school and college, he volunteered for then-Assemblywoman Tammy Baldwin, interned for Ed Garvey and Sen. Russ Feingold, and fell in love with his now-wife Beth while putting up posters together for a protest. Ben and Beth now live in Madison with their three children and their puppy, Pumpkin.