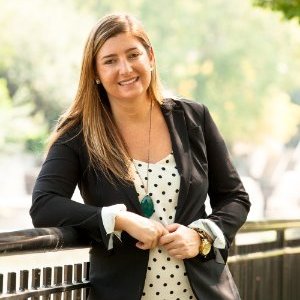 Becca Slutzky founded the general consulting firm Sogonex where she currently serves as President and CEO. As Executive Director/CEO of the Democratic Party of Virginia, Becca garnered the only swing state/southern state victory in 2016. Her efforts rebuilding and expanding party infrastructure also resulted in sweeping victories at every level in 2017. As Campaign Manager for the California statewide ballot initiative Prop 47, Becca got criminal justice reform passed that has since impacted more than 1 million people and led to the largest record change effort in U.S history. Becca has extensive experience working on political campaigns. From the South to New England to the Midwest to the West Coast, she has served as everything from Field Organizer to Statewide Field Director, Statewide Student Organizer to Campaign Manager, and Deputy Political Director to White House Advance. Becca worked for Hillary Clinton for President '08, Barack Obama '08, Ned Lamont for Governor, Deeds for Governor, Warner for Senate and Terry McAuliffe for Governor. Becca also worked in sports management as an associate for Wynn Silberman Media. She brokered, negotiated, and drafted joint marketing agreements for pro athletes including Pablo Sandoval. She also facilitated client relations for NFL players, MLB players, and an assortment of other professional athletes. Becca is a graduate of Santa Clara University School of Law and a member of the D.C. Bar. She is an avid Hokie football fan and received her BA in Political Science from Virginia Tech. Becca currently resides in Nashville, TN where she enjoys taking her rescue dog Mr. Smoochy Pants on long walks while tackling the world's problems one phone conversation at a time.