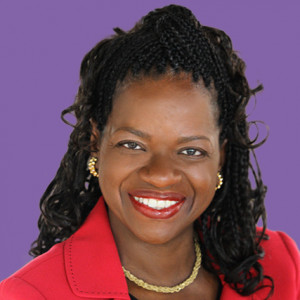 Barbara R. Arnwine, esq, president & founder of the Transformative Justice Coalition, is internationally renowned for contributions on critical justice issues including the passage of the landmark Civil Rights Act of 1991 and the 2006 reauthorization of provisions of the Voting Rights Act. Currently, she also serves as Co-Chair and Facilitator of the National Commission for Voter Justice, the Millennial Votes Matters Convenings and the Voting Rights Alliance. She was the head of the Lawyers’ Committee for Civil Rights Under Law from February, 1989 until June, 2015 and holds the honorific title of President Emeritus. She has served as the Charles Hamilton Chair for the North Carolina Central University School of Law from 2016-2017 and has also taught at Columbia University School of Law. She also created the legendary Voting Rights “Map of Shame” in 2011, which exposed the new modern wave of voter suppression in the states. Her groundbreaking civil rights and human rights advocacy has been honored with many prestigious awards. She is the radio host of Igniting Change and is a regular presence in the national media, and is often quoted in the press. A graduate of Scripps College and Duke University School of Law, she continues to champion civil rights and racial justice issues nationally and internationally in the areas of housing and lending, women’s rights, especially issues affecting intersectionality and African American women and girls, community development, employment, voting, education, policing restructuring, and environmental justice.