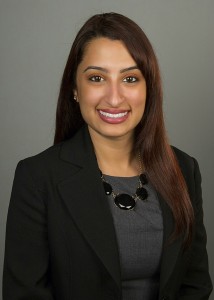 Anisha Singh is the Director of Judicial Nominations at Planned Parenthood Federation of America where she develops the organization's democracy and courts strategy through coordinated campaigns to protect reproductive rights and health in our courts. Prior to joining Planned Parenthood, Anisha was the senior organizing director for Generation Progress, the youth-engagement arm of the Center for American Progress. In this capacity, Anisha developed national organizing strategies and training programs to bring the experiences of 18- to 35-year-olds to on-the-ground actions in target states. Prior to joining Generation Progress, Anisha served as the campaign manager for Legal Progress at American Progress. There, she shaped the conversation around the nation’s judicial process by managing unprecedented grassroots organization efforts across the country to educate Americans on the need to fill judicial vacancies with diverse, progressive judges. She previously served as a policy attorney and program manager for United Sikhs, where she focused on human and civil rights advocacy on behalf of minority communities internationally, with an emphasis on post-9/11 discrimination concerns. There she founded United Sikhs’ national Anti-Bullying Campaign to proactively assist victims of bullying in partnership with the White House Anti-Bullying Initiative and the U.S. Department of Education, and as co-counsel, Anisha won a historic anti-discrimination case against the U.S. Army. Anisha brings with her more than a decade of experience in public interest and social justice work, with a strong grassroots organizing and legal background. Anisha’s background includes immigration, gun violence prevention, AAPI engagement, race and ethnicity, religion, employment discrimination, labor, civil rights, international criminal justice, and trial advocacy. Anisha received her B.A. with summa cum laude honors in political science and communication studies from Florida State University and received her J.D. from the University of Virginia School of Law. She is barred in Washington, DC and Maryland and was named one of Forbes Magazine’s “30 under 30″ for law and policy in 2016.