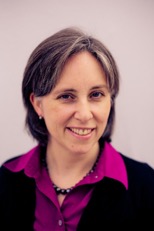 Ann O’Leary is a Senior Policy Advisor to Hillary Clinton. Ann was most recently the Senior Vice President of Next Generation and Director of Too Small to Fail, a public action and awareness campaign called jointly launched by the Clinton Foundation and Next Generation to provide parents the information and tools they need to boost their young children’s vocabulary development and close the “word gap.” Ann previously served as a lecturer in health law and social policy at UC Berkeley School of Law, executive director of the Berkeley Law Center on Health, Economic & Family Security, a deputy city attorney in San Francisco, legislative director to Senator Hillary Rodham Clinton, and she led the children and family policy team on the White House Domestic Policy Council under President William J. Clinton. She also served as a member of the Obama-Biden Presidential Transition Team, advising the incoming administration on early childhood education issues. She earned a B.A. from Mount Holyoke College, a Master’s on Education Policy from Stanford University and a J.D. from the University of California, Berkeley, School of Law.