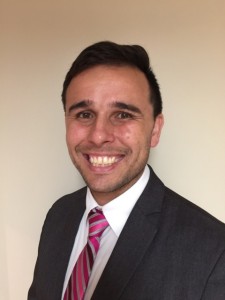 Angel was born in Miami where he was raised in a broken family surrounded by drugs, crime, and violence. He turned to the local gang life at the age of 12, began getting arrested, and at 16 was tried as an adult spending the next 12 years in prison. After his release, instead of returning to his old environment in Miami, Angel moved into a Salvation Army homeless shelter in Orlando, FL. Through a homeless waiver, he enrolled in Valencia College where he became an Honor Student despite living in a homeless shelter. He eventually was named Valencia College’s 2014 Distinguished Graduate and the recipient of the nationally prestigious and highly selective Jack Kent Cooke Scholarship earning him full “rides” to complete his bachelor degrees at the University of Central Florida (UCF) and beyond. Today he is enrolled in UCF’s Burnett Honors College where he is completing his Bachelor Degree in Political Science and Legal Studies. He has been selected as a UCF Legislative Scholar earning him an internship in the Florid Senate in addition to serving as a judicial intern with judges in the criminal division of Miami’s trial courts. Along with being a highly regarded student, Angel is committed to giving back to the community by mentoring at risk youth, speaking at major events, and advocating for criminal justice reform. Angel has partnered with the Southern Poverty Law Center to advocate for reform of Florida’s adult prosecution (direct-file) of juveniles. Angel has also used his position as a senior member of UCF’s Moot Court organization to lead a book-drive initiative to help build the local jail’s inmate library. Angel’s compelling story has been reported by various news outlets, including the Orlando Sentinel, WESH 2 News, and Telemundo.