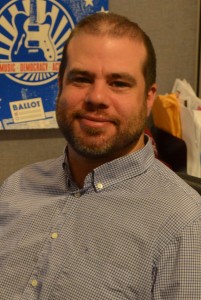 Andy Bernstein helped found HeadCount in 2004 to drive participation in democracy through the power of music. During his tenure the organization has registered over 350,000 voters. He has been a featured speaker at the SXSW music conference, and appeared as an expert commentator on ABC, CNN, MSNBC, Fox News and several other television networks. He also produced public service announcements starring Jay-Z, Dave Matthews and members of Phish and the Grateful Dead, which aired on network television. A 1994 graduate of Brown University, Bernstein resides in a slopeside condominium at the Mountain Creek ski resort, not far from New York City.