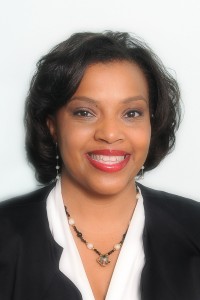 Andreanecia M. Morris serves as the Executive Director for HousingNOLA, is a 10-year public private partnership working to solve New Orleans’ affordable housing crisis. The 10-year Strategy and Implementation Plan, released in 2015, indicates the need for 33,600 additional housing opportunities by 2025. Morris has spent her career working to create affordable housing in Metro New Orleans. Post Katrina, she has either directly implemented or advocated for programs that created 500 first time homebuyers, disbursed $104.5 million soft second subsidy for Metro New Orleans and provided supportive services for approximately 5,000 households—homeowners who were struggling to rebuild and renters who required wrap around services. Morris was lead organizer for the Greater New Orleans Housing Alliance (GNOHA) when it started in 2007 as a loose coalition of non-profits and community development corporations and, since its incorporation in 2012, Morris has served as GNOHA’s Chair. She also is vice-chair of the Housing Authority of New Orleans, co-chair for the Louisiana Housing Trust Fund Initiative and is a board member of the Friends of Lafitte Greenway and the Mid-City Neighborhood Organization. In 2016, BIZ New Orleans Magazine named Morris one of the Top 10 Influencers in Real Estate and in 2017 Morris was selected to participate in an international workshop on forced eviction and urban displacement in South Africa. The Baton Rouge Chapter of The Links, Incorporated also named Morris a National Trend Louisiana Role Model in December 2017. Gambit Weekly named Morris New Orleanian of the Year for leading HousingNOLA’s efforts to change housing policy in 2017.