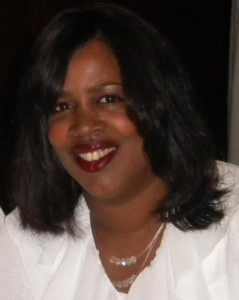 Andrea Clark is a grassroots community activist whose work takes her into the community on many occasions for many reasons. In April of 2011 she lost her only son Darnell to murder, and three months later founded the nonprofit Mothers of Murdered Chidren (MOMC) as a way to help channel her grief. The mission of MOMC is to prevent violence through education and proactive intervention with children, young adults, families and community organizations. The organization’s mission is realized through collaborative partnerships with the school districts, youth and faith-based community organizations, and governmental organizations, while providing grief support to families affected by violence. Andrea along with other grieving mothers sought to find ways to heal while living in grief. They meet monthly to support each other as well as have events to give back to the community all while trying to change the culture of violence in the city. Andrea and the other mothers has turned Grief to Action with MOMC by holding workshops, candlelight vigils, group meetings for youths on Conflict Resolution, Behavior Modification and Anger Management. Through her work with Mothers of Murdered Children, she began to realize that violent acts are often being committed by angry teenagers and young adults who are unable to cope with their own pain and anger, so they began to lash out in their communities. She began to work with juveniles, some of them who are incarcerated for murder. Realizing one day these young men and women will be released back into society, she began to work with this population with a cognitive skills curriculum, “Thinking for a Change”. The program addresses the development of pro-social and proper decision making skills, violence prevention and preparation for re-entry back into society.