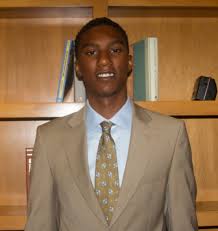 Alton Pitre was raised by his loving grandmother in a neighborhood located in South Central, Los Angeles known as The Jungles. Predictably, as a youth he became affiliated in the local gang which led to his arrest two months before graduating high school, for a robbery he did not commit. On his last juvenile court date, two years later, Pitre declined a plea bargain of a year and a strike and was sent to adult court where he faced a potential 46 years to life. He was later exonerated in adult court. Since his release 2010 release, the Jungle native has dedicated his life to becoming an advocate for youth across the nation. Currently, Pitre is a columnist for the Juvenile Justice Information Exchange, serves on the Member Board for the Anti-Recidivism Coalition, and a sociology major at Morehouse College.