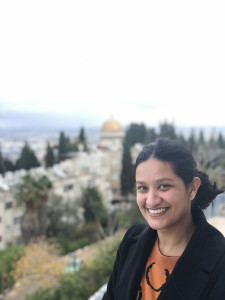 I'm a Senior Organizer (National) at United for Respect where I drive the field strategy and leadership development of current and former retail employees facing bankruptcy and liquidation due to Wall Street takeovers of the retail industry. As part of the Toys R Us campaign that won a $20 million financial assistance fund for laid off employees from the Wall Street owners of Toys R Us, I developed the leadership of members who participated in online and offline actions, marched on Wall Street, and became activists for financial reform and regulation of Wall Street by highlighting the role of private equity in destabilizing the retail industry. Prior to United for Respect I was the Research and Campaigns Coordinator at Adhikaar, an immigrant and workers’ rights organization based in Queens, NY, where I developed sustainable strategies and vision for the organization's campaign for nail salon workers, integrated organizing strategies into the organization’s service model, and worked closely with local and national coalition partners.