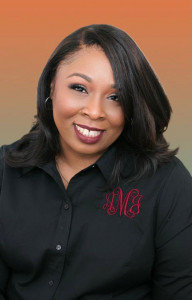 Aisha J. McClendon is a Democratic strategist who built a respected career engaging communities often overlooked in state and national politics. A veteran campaign operative, she began her career in the William J. Clinton Presidential Administration and has advised constituency outreach efforts for several Presidential campaigns, including Beto for America, where she served as National Director of African American Outreach. She has also advised hundreds of local and statewide races over the last two decades. Hailing from Dallas, Aisha previously served as a Chief of Staff in the Texas State Legislator. Before returning to politics full-time, she was a fundraiser for some of the largest nonprofits in Texas. She recently served as the National Outreach Director for VoteAmerica, and in June of 2021, she became the Sr. Director of Global Partnerships at Moth + Flame, a developer of immersive training technology, where she helps lead partnerships with content partners such as Accenture and serves as an expert on diversity, equity, and inclusion. Aisha is also a proud daughter of Dillard University in New Orleans, LA.