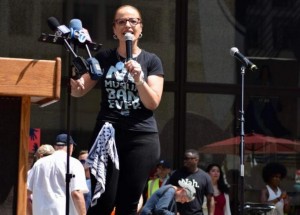 Ahlam Jbara was born in Palestine and immigrated with her family to Chicago in 1974. An independent consultant to nonprofits, she leads cross-functional organizational teams in all aspects of financial and business operations, program management, and the achievement of development goals. Ahlam has worked for over 20 years on creating and administering programs that help women and children become self-sufficient and independent, programs that will make change in the lives of women and children and that will empower them to use their voice and find their inner power. Additionally, she has led the voter registration and get out the vote campaigns on the southwest side in the Muslim community, has trained youth and adults on civic engagement and organizing. Ahlam returned to the Illinois Coalition for Immigrant and Refugee Rights (ICIRR) as the Deputy Director after having previously served as Immigrant Family Resource Program (IFRP) Director there. In-between these positions, she was the Executive Director at the Council of Islamic Organizations of Greater Chicago (CIOGC), a 23-year-old community organization that brings together the Illinois Muslim community. From 2002 – 2006 Ahlam was the Family Empowerment Program Director at the Arab American Action Network. Ahlam worked on the Bernie Sanders campaign as the Arab and Muslim American Outreach Director. Currently, she is on the board of Our Revolution- IL, Arab American Action Network, Council on American Islamic Relations Chicago, Illinois Immigrant Action. Ahlam sits on several boards, commissions and committees to serve the community and especially women and children.