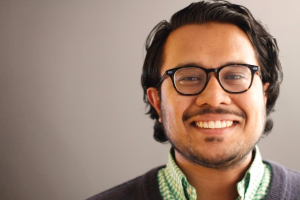 Afif Rahman is the Acting Executive Director and Co-Founder of the Poligon Education Fund, a national, non-partisan, millennial-led congressional advocacy and civic education organization dedicated to amplifying Muslim American voices in Congress. Afif's firm belief in the interlocking roles that community engagement, civic participation, and advocacy play in shaping an equitable, just, and inclusive society moved him to establish Poligon. He has previously worked as a management consultant to major foundations, non-profit organizations, and impact initiatives, an economic and social policy analyst, and a political strategist. A native of Boston, MA, Afif also co-founded MassMuslims, an organization empowering Muslim Americans in Massachusetts through civic engagement, advocacy, education, and leadership development. He is an American Muslim Civic Leadership Institute Fellow at the USC Center for Religion and Civic Culture and a Millennial Leaders Project Fellow at Union Theological Seminary.