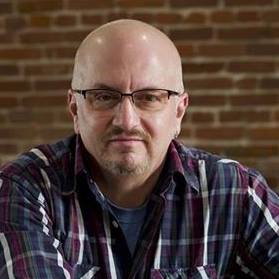 Eugene joined the PROMO Fund staff in July of 2015, as SAGE Program and Training Coordinator. He was a Founding Board Member of SAGE Metro St. Louis, and, in that capacity, volunteered time to assist with trainings, particularly in the area of Trans* Education and Advocacy. Eugene has been educating and advocating around LGBT rights, since coming out in the early 1980s. In 2001 he returned to college, and graduated in 2004, as an honors program scholar, from St. Louis Community College at Forest Park. In 2009, Eugene successfully completed the ACRIA (AIDS Community Research Initiative of America) training on HIV and Aging, and began training around that issue as well. Eugene became a part-time staffer at SAGE Metro St. Louis in 2013, and became full-time in 2014. In 2014, he completed apprenticeship, and became a Certified Trainer for the National Resource Center on LGBT Aging's curriculum. Email Eugene at Eugene@PROMOonline.org.