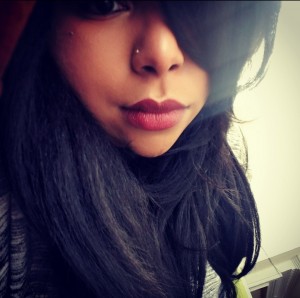 Creighton Leigh is Philly born and raised, but she is currently a New York-based writer, speaker and organizer working and advocating at the intersections of Blackness, femmehood, queerness and fatness. She is a wife of an amazing woman, and mother of two of the most beautiful tiny humans. Creighton is a former sexual health educator who specialized in HIV counseling and testing. During pregnancy, Creighton suffered from Hyperemesis gravidarum (HG), which led to a traumatic life-changing pregnancy, labor and delivery. After becoming a mother, she continued to suffer setbacks that were not taking serious due to medical racism. She was finally given a diagnosis one year too late which led to a three-month hospitalization and loss of major organs. She was unable to return to work full-time. This led her to become more vocal about the effects of racism and sexism. Misogynoir. Creighton founded Voix Noire to create content that exposed misogynoir. As Voix grew, Creighton saw the disparities within her community, and it was clear that her mission needed to shift from writing to organizing. Creighton paused Voix Noire and used her social media platforms to organize. The demand was so great she knew Voix Noire needed to shift and became a reparations-based platform. Her mission is to fill the gap and fulfill the needs and wants of Black women, marginalized genders and children. From housing assistance, to grocery deliveries to movie theater buyouts, Creighton works tirelessly securing funding to support and serve the community. Creighton’s mission is to continue meeting the needs of those most marginalized within the Black community by doing the work. Voix Noire’s mission to become the most successful, unapologetic reparations-based platform.