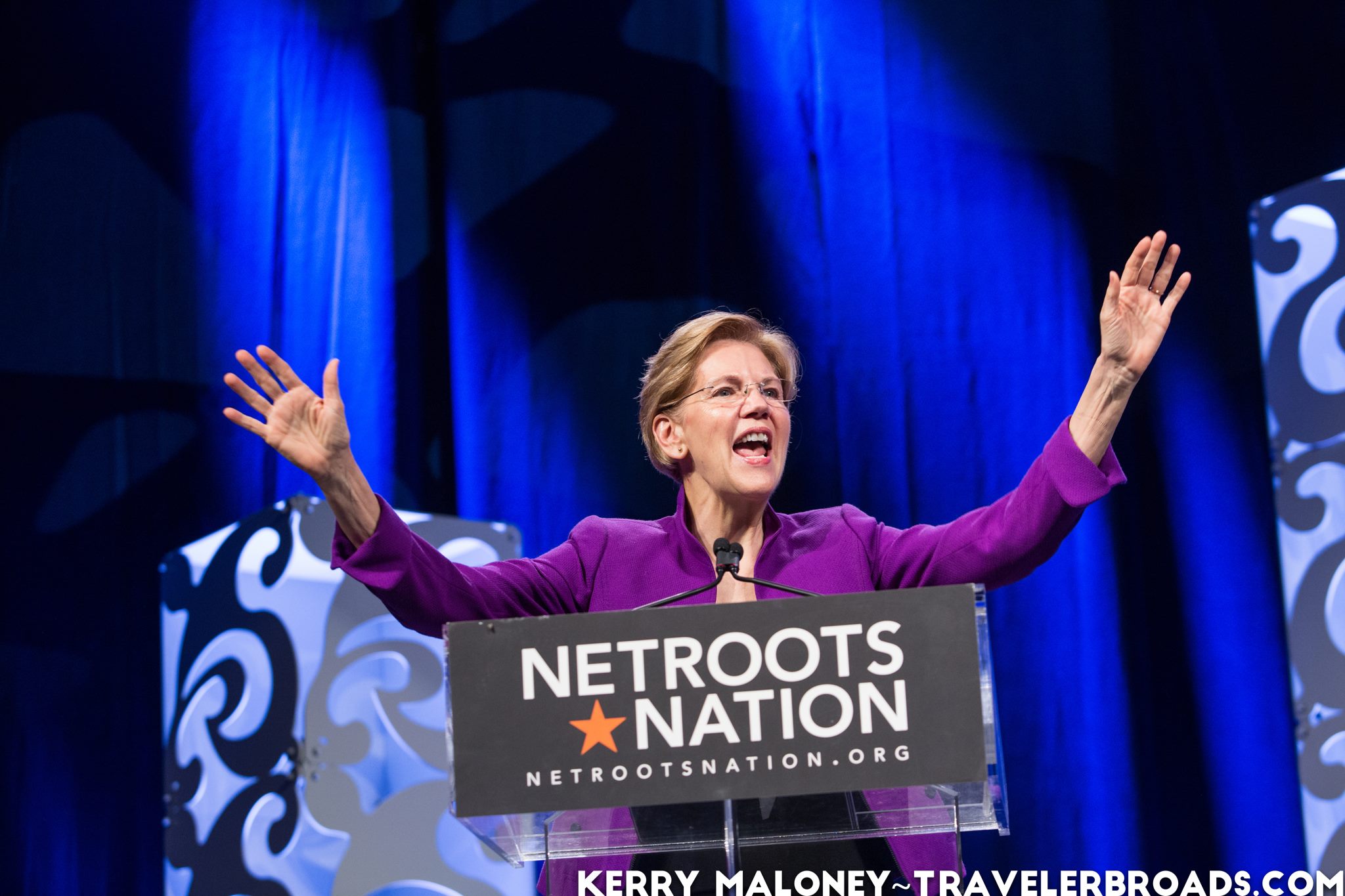 Netroots Nation received more than 1,500 press mentions! Below are some of the top stories:

2020 Insight: Netroots on tap in New Orleans (CNN)
“Netroots Nation is a major stop on the road to the Democratic nomination.”

Democrats challenge ‘politics of division’ and liberal establishment at Netroots Nation (Gambit)
“Though 2018’s midterms are at the forefront of this year’s conference, eyes are on Netroots to gauge whether the needle will shift as Democrats prepare for 2020.”

Netroots Nation: progressive activists look ahead to 2020 at annual event (The Guardian)
“The 13th meeting has taken on a new significance since the 2016 election as the Democratic party looks to harness the energy of a leftwing insurgency and turn it into a ‘blue wave’ in November.”

Democratic leaders: talk about race or step aside (Vice)
“Progressive activists at Netroots Nation in New Orleans this past weekend had a message for the establishment of the Democratic Party: start talking about race or step aside. The marquee annual conference for the left — a key stop for possible presidential candidates since its first meeting in 2006 — made it clear in their program at the outset, that ‘Democrats must abandon the myth of the white swing voter and invest in the multi-racial, multicultural coalition of voters that make up the majority of our electorate.'”

Democrats Preview The 2020 Primary, And It’s Intersectional, Antiestablishment and Democratic Socialist–Friendly (Buzzfeed)
“At Netroots, an early showcase for Democrats considering a run for president in 2020, talk here revolved around intersectionality, socialism, and a blending of antiestablishment and anti–Wall Street sentiment with calls for racial and economic justice.”

The Democratic Divide isn’t Between Left and Center. It’s Between Old and New (Time)
“(T)he party is caught in a tug-of-war between its old guard and its newcomers. Netroots suggested that the new faces are winning.”

Liberals draw a line in the sand at the Netroots Nation conference (Mic)
“Netroots Nation sought to directly counter Third Way positioning. This year was a defining one, not just for Netroots, but also for the movement.”

Netroots Nation: The battle for the soul of the Democratic Party (BBC)
“It’s been a recurring theme at the Netroots conference this year, that the Democratic Party should better reflect the cultural diversity of its base …. This year seems different, perhaps because the multicultural progressive activists feel like they’re winning the debate over the future of the party.”

The Progressives’ Plan to Win in 2018 (The Atlantic)
“At the annual Netroots Nation conference in New Orleans, progressives called for building a multiracial coalition and focusing on turnout, not winning back Democrats who voted for Trump.”

Follow #NN18 from home: Saturday
The schedule of what's streaming today is below. Click here to join us online on Facebook Live. The following keynotes and panels will be streaming today (all times are Central time)....
152 Likes

Follow #NN18 from home: Friday
The schedule of what's streaming today is below. Click here to join us online on Facebook Live. The following keynotes and panels will be streaming today (all times are Central time)....
140 Likes

Follow #NN18 from home: Thursday
Netroots Nation officially kicks off today! If you aren't able to join us in New Orleans, you can still follow much of the action from home via Facebook Live. The...
138 Likes