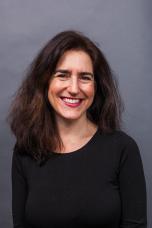 Wendy R. Weiser directs the Democracy Program at the Brennan Center for Justice at NYU School of Law, a non-partisan think tank and public interest law center that focuses on fundamental issues of democracy and justice. The Democracy Program focuses on issues of voting rights and elections, money in politics, redistricting and representation, government dysfunction and fair courts. She founded and directed the center’s Voting Rights and Elections Project, directing litigation, research, and advocacy efforts to enhance political participation and prevent voter disenfranchisement across the country, protecting hundreds of thousands of voters in 2006, 2008, 2010, and 2012. She has authored a number of nationally-recognized publications and articles on voting rights and election reform; litigated ground-breaking voting rights lawsuits; testified before both houses of Congress and in a variety of state legislatures; and provided policy and legislative drafting assistance to federal and state legislators and administrators across the country. She is a frequent public speaker and media contributor on democracy issues. She has appeared on CNN, Fox News, MSNBC, PBS, ABC News, and NPR; her political commentary has been published in The New York Times, USA Today, U.S. News & World Report, Roll Call, The Hill, Huffington Post, and elsewhere; and she is frequently quoted by The New York Times, the Washington Post, the National Journal, Politico, and other news outlets across the country. Previously, Ms. Weiser directed the center’s Fair Courts Project, which seeks to preserve a fair and impartial judiciary. She also served as an Adjunct Professor at NYU School of Law, where she taught the Brennan Center Public Policy Advocacy Clinic. Prior to joining the Brennan Center, Ms. Weiser was a senior attorney at NOW Legal Defense and Education Fund, where she worked on issues of access to the courts and domestic violence, a litigation associate at Paul, Weiss, Rifkind, Wharton & Garrison, and a law clerk to Judge Eugene H. Nickerson in the United States District Court for the Eastern District of New York. She received her J.D. from Yale Law School and her B.A. from Yale College.