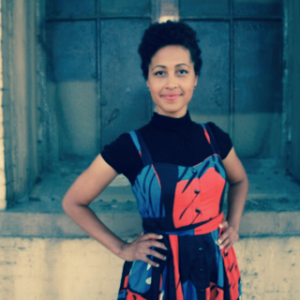 SHIRAH DEDMAN is a filmmaker, lawyer and activist. From dropping out of high school at 15-years-old to becoming a licensed attorney by 23, she subsequently found herself constantly un- and under-employed. Still, she managed to build a film career that included positions at William Morris Agency, in content acquisitions at DirecTV, and in film sales at Paramount Pictures. So after her last layoff, she decided to to relentlessly pursue her true passion: the intersection between media, economics, race and the environment. Her Afrofuturist short film, LET HER IN (2016) was selected for several international film festivals. Her short documentary, YOU A NOMAD: Deconstructing Urban Displacement (2017), which was inspired by her own nomadic life, received development support from the Cucalorus Work-In-Progress Program and screened at Netroots Nation 2018. Shirah was featured in UPROOTED (2017), a short film by the Equal Justice Initiative and Google documenting her family’s return to the site of her great-grandfather's lynching.