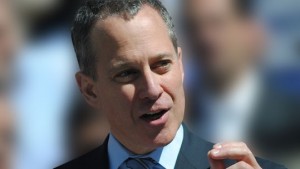 Eric T. Schneiderman was elected the 65th Attorney General of New York State in 2010. As the State’s highest ranking law enforcement officer, Schneiderman has worked on areas including public integrity, economic justice, social justice and environmental protection. As Attorney General, Schneiderman has stood up to powerful interests on behalf of everyday New Yorkers. He has fought for a comprehensive investigation of misconduct in the mortgage market, and for a fair settlement for homeowners that holds banks accountable for their role in the foreclosure crisis, provides meaningful relief to homeowners and investors, and allows a full airing out of the facts to ensure that abuses of this scale never happen again. Before becoming A.G., Schneiderman served in the state Senate where led the effort to reform the draconian Rockefeller drug laws and enacted the toughest law in the nation to root out fraud against taxpayers.