Back to Basics: Democratic Politics in an Era of Divided Government

Back to Basics: Democratic Politics in an Era of Divided Government

The session will explore what the current and near-term equities are in Washington and what that means for progressive goals. This will include political and substantive reviews of the House and Senate, discussion of known goals such as immigration reform and climate change mitigation and where they stand, and a candid conversation about how the “pragmatic progressive” should strategize for the next few years vis-a-vis Washington. Which issues can be advanced in Washington? On which issues is defense crucial for now? Which issues are best left for state-based fights for the time being? Which are political, legal, or both? The next two election cycles will be challenging, and in between a lot can happen (good and bad). Let’s survey where we are, where we need to go, and what we can do with some difficult cards (but a lot of talent) on the table. 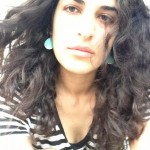 Reema Dodin serves as Floor Director to the Assistant Majority Leader, Senator Richard Durbin, where she runs the whip operation for the Senate Democratic caucus. Prior to her current role, Reema served as Senator Durbin’s Floor Counsel, Research Director and as an aide to his Judiciary Subcommittee on Human Rights and the Law. On her own time, Reema has volunteered with several campaigns including for Joe Donnelly, Joe Sestak, and Obama for America. She is a Munich Young Leader, a Truman National Security Fellow, a New Leaders Council Fellow, and a term member of the Council on Foreign Relations. Reema attended the University of California at Berkeley and the University of Illinois at Urbana-Champaign. She originally hails from Irvine, California, and is a member of the California Bar.

Jocelyn Moore is Deputy Staff Director of the United States Senate Finance Committee where she provides strategic advice and counsel on a wide variety of issues including taxes, health care, human services, energy, pensions, transportation, education, trade and economic development. Before taking on her current role, she served as Deputy Chief of Staff and Policy Director for Chairman Ron Wyden. Jocelyn joined Senator Wyden’s staff after a lengthy tenure in the office of Senator Jay Rockefeller, as Legislative Director and as Staff Director of the Senate Finance Subcommittee on Health Care, advising him during enactment of the Affordable Care Act. Previously, she spent three years as a Legislative Assistant to former Senator Bob Graham and began her career in the office of former Senator Zell Miller. A native of Decatur, Georgia, Jocelyn holds a bachelor’s degree and a master’s degree from the University of Florida (Go Gators!).

Louisa is currently serving as Chief of Staff to New Jersey Senator Cory A. Booker. Prior to her role with Senator Booker, Louisa was the Director of Public Policy at Facebook. She has previously served as Special Assistant to the President for Legislative Affairs under President Barack Obama, on the Obama 2008 transition team, and as Deputy Chief of Staff to then-Senator Joe Biden.